Sure, you’ve probably come to the Orlando-Kissimmee area to visit its world-famous amusement parks, including Walt Disney World and Universal Studios. And those parks certainly deliver full days of fun—from the thrilling roller coasters and Harry Potter-themed parks-within-a-park at Universal Orlando to the heartwarming familiarity of the Magic Kingdom, the amazing Star Wars attractions at Disney Hollywood Studios, wild and wooly encounters at Disney’s Animal Kingdom and the journey to futuristic and foreign lands that awaits at EPCOT.

But let’s be real. Sometimes, you and your kids need a break from long days in crowded theme parks, from refreshing your Genie+ app and figuring out where you’re going to have lunch.

Fortunately, Orlando and Kissimmee give you options. We recently spent a week in this Central Florida tourism hub and found out there’s a lot more to the area than just Mickey Mouse and Harry Potter.

From water parks to airboat rides, hot-air balloon rides and zipline adventures, here are some of our favorite fun things to do in the Orlando-Kissimmee area that don’t involve a theme park ticket!

I grew up in Florida, and I always viewed airboat rides as noisy and destructive. But a trip with Boggy Creek Airboat Adventures changed my mind.

We took the one-hour guided tour. While the fast parts of the ride were indeed noisy (noise-reducing headsets are provided), I learned that the boats, when carefully maneuvered, don’t damage the ecosystem. Instead, they glide over the grass and mudflats of Lake Tohopekaliga (Lake Toho for short).

These wetlands are fed in part by the Everglades headwaters at Shingle Creek Regional Park. Our guide was anxious to impart to us the importance and uniqueness of the lake environment as we slowly cruised past alligators, turtles, fish and waterfowl.

Back on shore, our kids panned for minerals, fossils and gemstones at Boggy Creek’s mining attraction. It was probably not the most authentic “Old Florida” part of our day, but they had fun and got to keep their “treasures.”

Nothing makes kids much happier than a pool with a waterslide, and Orlando and Kissimmee have no shortage of ways to get wet!

We opted for Island H2O Water Park, one of the newest water parks in Kissimmee and part of Margaritaville Resort Orlando. The park has eight thrilling water slides, plus a wave pool, a lazy river and two kids’ play areas for little ones who don’t like big slides.

We had a cabana, which meant we had shade, a minifridge, lounge chairs and a server to handle our lunch order and make sure we were kept in adult beverages. I highly recommend splurging on one of these rentals!

The park has a social media tech theme. Riders are encouraged to scan their wristbands to earn points for prizes. In truth, our kids were too busy on the lazy river and the smaller slides to hit the thrill rides often enough to accumulate many points!

Bust Out of an Escape Room

Escape rooms are nothing new—the Orlando area has more than 100 of them!—but they were a new experience for us. And seriously, I didn’t expect our escape room experience to be so entertaining!

We went to Jewel Escape Rooms in the ChampionsGate area, where there are four rooms to choose from. We opted for the Mysteries of the Pharaoh room, which Jewel ranks as an 8 out of 10 difficulty level.

Umm…there were six of us, including four reasonably intelligent adults and two bright kids, and we could not solve our way out of that escape room. In the end, we were really close—I won’t give away any secrets—but we just couldn’t figure out what clues we were missing.

As our hour flew past, we couldn’t help but be aware of what a good time we were having trying to figure out which clues were important, what to do next and how to unlock all manners of mysteries. It was fast-paced, frustrating, nerve-wracking fun, but fun all the same!

Play a Round of Mini Golf

There are dozens of mini-golf courses in Orlando-Kissimmee, and my husband had promised our daughter that we’d play at least one of them.

We chose Congo River Golf because it was close to the Old Town area, where we’d had dinner, and because it had a lot of fun features, like waterfalls and water obstacles, a pond with gators and two different jungle-themed courses to choose from.

There are three Congo River locations in Orlando, including one on International Drive, plus lots of other elaborate, challenging courses to choose from. We especially liked mini-golf as an after-dinner activity—a fun thing to do when it’s too early to go to bed but too late to head back to a theme park.

Other Fun Things to Do in Orlando and Kissimmee

The combined Kissimmee-Orlando Resort area is so well-developed for family entertainment that if we’d had the time, we could have easily kept busy for at least a week in Kissimmee and Orlando without ever setting foot in a Disney or Universal park.

Don’t get me wrong—we had a great time at Disney World and Universal Orlando. But it’s great to know there are other fun things to do in the area. Here are some Orlando and Kissimmee attractions and activities that we didn’t get to, but that are on our list for next time!

I’m seriously sorry we didn’t have time for a hot air balloon ride. Options include an 8-minute, tethered balloon ride at Disney Springs, which offers terrific views of the surrounding theme parks and the entire Walt Disney World resort area. For a longer ride, check out one of the operators recommended by Visit Orlando.

Kayak at Shingle Creek Regional Park and see where the Everglades headwaters begin. Facilities there include picnic areas, a boardwalk over wetlands and a nature trail for hiking and biking. Or try a stand-up-paddleboard on Lake Ivanhoe with Epic Paddle Adventures. On Lake Toho, Kissimmee Lakefront Park has picnic areas, nature trails and the Monument of States, which celebrates U.S. unity.

Zip lining, climbing and ropes courses are a great way to build confidence in kids and adults and bond as a family. Orlando Tree Trek Adventure Park looks like a really fun place, with courses for all abilities and a color-coded system so you know which activities are right based on age and ability.

When you’re in Central Florida, you’re never far from nature. And several attractions bring you about as close as you can get. Vintage attraction Gatorland has several different types of gator encounters, as well as a zip line course, animal exhibits and a petting zoo. Wild Florida has a drive-through safari park, airboat tours and, of course, alligators!

Central Florida’s history predates the Disney era, by a lot! Learn about Osceola County’s early days at the Pioneer Village living history museum at Shingle Creek Regional Park or at the Museum of Military History in Kissimmee. For a look at Orlando’s role in the Civil Rights Movement, visit Historic Eatonville near Winter Park—it’s also the childhood home of acclaimed writer Zora Neale Hurston.

If you’ve got a free day to go farther afield, you’ll find great family attractions in Tampa, where Busch Gardens, ZooTampa at Lowry Park and The Florida Aquarium await. Just an hour from Orlando, on Florida’s east coast, Kennedy Space Center will dazzle all ages with its hands-on attractions, space simulator rides and collection of rockets and spacecraft.

There also are some great beaches near Orlando and Kissimmee. 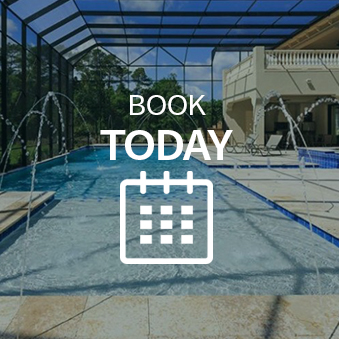